Ethiopia – with a population of more than 110 million – is facing one of the biggest crises in its history. For years, a large part of Ethiopia has been affected by drought, which is causing famine and a shortage of potable water. The civil war fought in Tigray in the north of the country has been going on since 2020, and has left millions of people destitute, leading to an internal displacement crisis in neighbouring regions – but the economic impact is felt throughout the country. In addition to the internally displaced Ethiopians, large numbers of refugees are also arriving from Eritrea, South Sudan and Somalia as well. The compounding crises threaten to create a humanitarian emergency in the already underdeveloped areas of the East African country. These conditions are further exacerbated by the skyrocketing grain prices – Ethiopia imports a significant proportion of its grain from Ukraine and Russia. 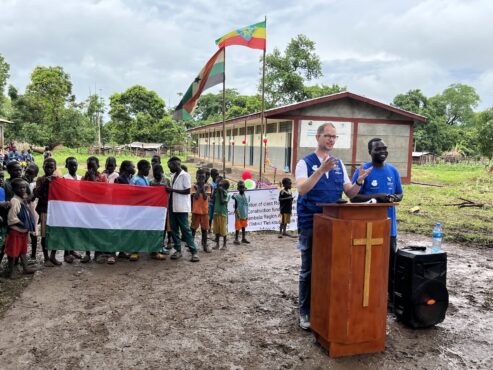 In these dire times Hungarian Interchurch Aid (HIA) has delivered critical, life-changing improvements to thousands of people in Gambella, south-west Ethiopia. In this impoverished region, 90 percent of the population depend on agriculture, which has been adversely affected by drought. To make matters worse, Gambella now hosts almost as many refugees from South Sudan as there are Ethiopian citizens there – 400,000 people.

The project was completed in cooperation with the Ethiopian Evangelical Church (EECMY) and Hungary Helps, who have provided almost €350,000 in funds. With their help, a 4-classroom school was built in Tierkodi, while in Itang a new communal well was dug, providing water to 4000 people. In addition to the aforementioned improvements, two new mills were also completed in the poverty-stricken region. Fishing nets, seeds for sowing, sheep and goats were also distributed, while our experts provided training for the communities on their sustainable use.

At the inauguration ceremony, Kristóf Gáncs, deputy president-director of HIA talked about the importance of raising awareness in times where the conflict in Ukraine occupies the headlines.

“In addition to supporting the refugees and those in need in Hungary and Ukraine, as an aid organisation we find increasingly important to draw attention to and provide assistance in emergencies in other parts of the world as well, where people are living in unimaginable poverty. The newly built school will change the lives of thousands of children in the coming years, providing stable and secure conditions for learning. Thanks to the new well, thousands of people – who previously had to walk 4 hours to get water – will have access to clean, potable water every day. Drilled wells like these also help to prevent the spread of diseases and infections. The mills, run by female collectives have radically improved life in both communities, where women used to spend most of their days pounding maize and other grains into flour by hand, using bamboo sticks. With the distribution of the milk-producing sheep and goats, seeds for sowing and fishing nets we are helping local people in their efforts to earn a living and thrive locally in a sustainable way.

Dániel Gyurta, Olympic champion and long-time HIA volunteer personally attended the ceremony. “As a dedicated volunteer of HIA I consider it my duty to raise awareness on HIA humanitarian and development projects, especially when it comes to providing water to communities in need. The newly inaugurated well has – as the locals put it – saved an entire community. It was a special experience to personally attend this ceremony, which coincidentally fell on my birthday. Seeing the joy in the eyes of community members and the children – I could hardly have wished for a better gift.”

This project is not the first development programme of the organisation in the country. In 2011 – as a response to the severe drought that plagued the country at that time – Hungarian Interchurch Aid implemented a water management project, renovated wells and built a reservoir, improving the lives of 5,000 people directly. Additionally, the organisation also fully equipped a school and helped to feed 25,000 people living in refugee camps.  HIA is fully committed towards helping Ethiopia and its people, and has opened its first representative office in Addis Ababa in 2021. The organisation continues to implement further humanitarian and development programmes in close cooperation with local partners. 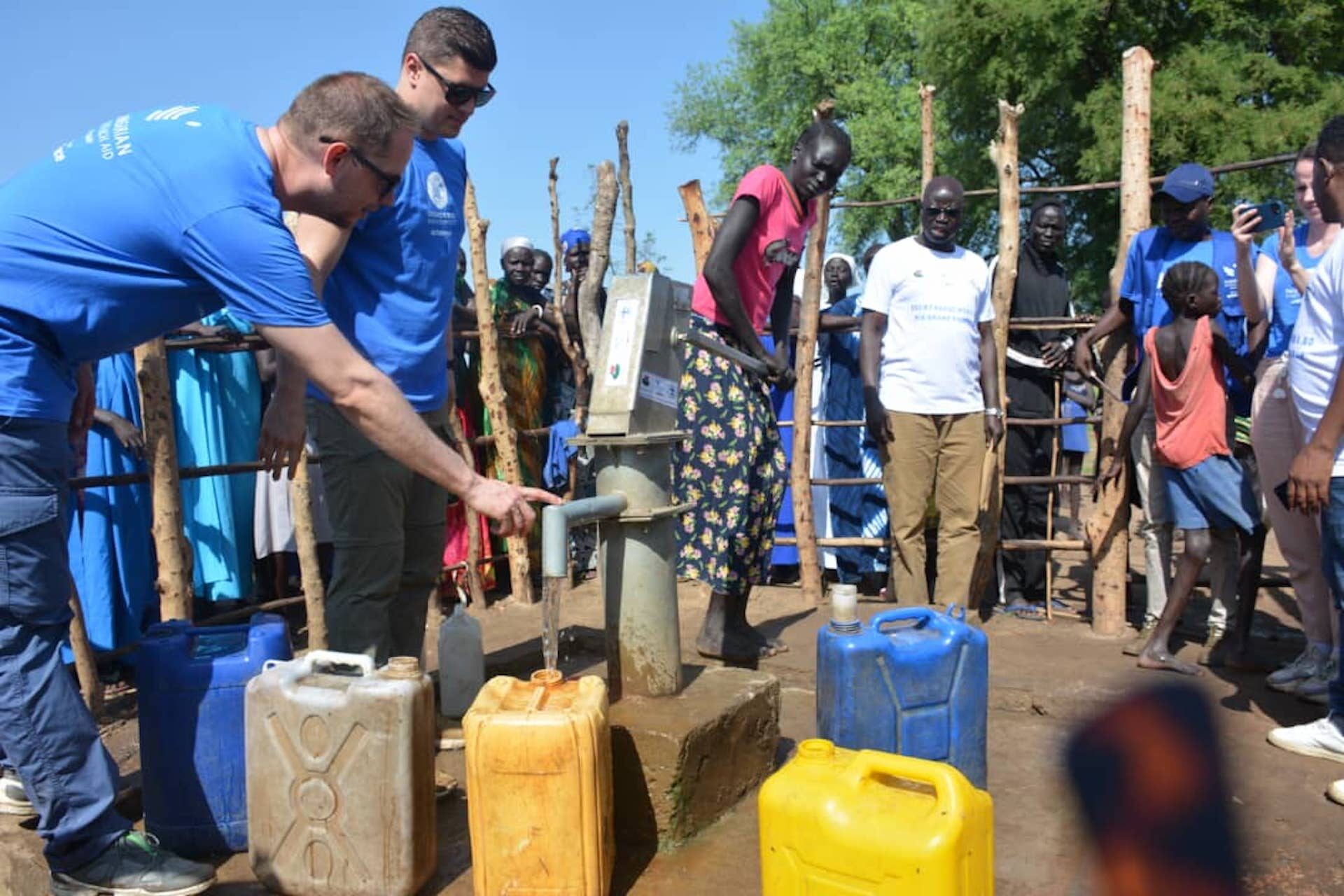